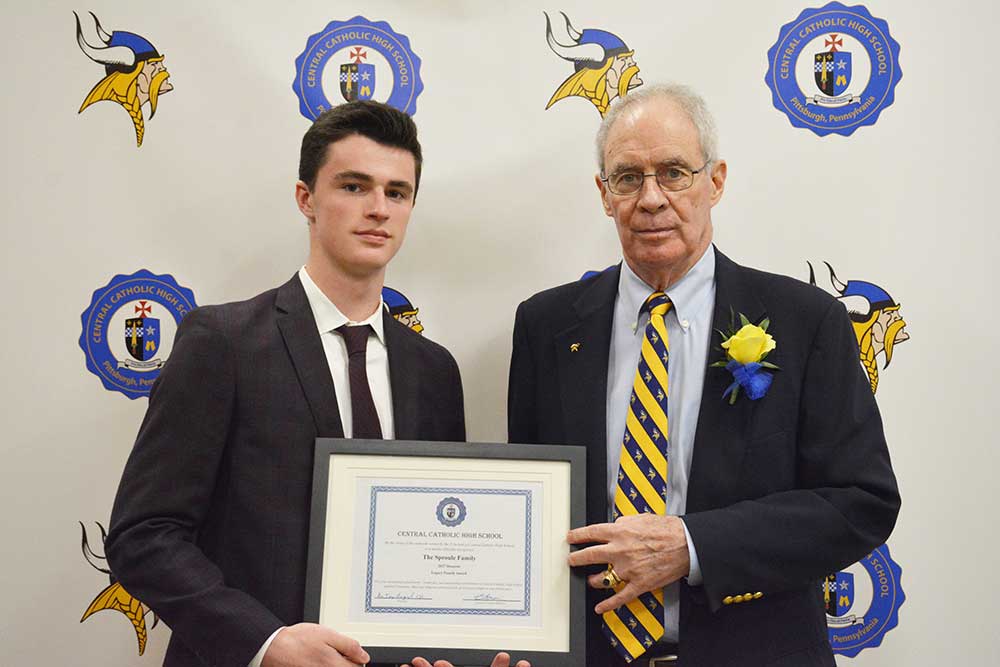 ​On Thursday, November 2, Central Catholic was proud to honor the Sproule family with the first-ever Legacy Family Award.

On Thursday, November 2, Central Catholic celebrated the 57 legacy families of the Class of 2021 with the annual “Legacy Family Night.” Any freshman with an immediate relative who is a Central graduate is considered to be a legacy student.

The evening began with a group photo of all of the Legacy Family Attendees, followed by a short reception with remarks from Brother Tony Baginski, FSC and Mr. Brandon Haburjak, ’06, as well as the introduction of the first-ever “Legacy Family Award.”

This year, Central Catholic introduced the “Legacy Family Award,” as a way to honor an exceptional Legacy Family. The inaugural honoree was Mr. Bill Sproule, ’60.

“We have so many amazing legacy families who are an integral part of our Central Catholic family,” said Brandon Haburjak, ’06, Director of Alumni Relations. “We are so thankful for all of our legacy families, including the Sproule family, who have chosen to make Central Catholic a part of their family’s tradition for four generations.”

"It was certainly an honor and a delight to be presented with this award in front of such a special audience” said Bill Sproule, ’60. “But, I am just one of ten honored, one of the three links in the generational chain. I did not make this happen, my sons and my grandsons deserve the same credit. We are all grateful."

“The values of Faith, Scholarship, and Service, along with the brotherhood between students is what sets Central apart from any other school in Western Pennsylvania,” said Brian Sproule, ’19. “A person in my life who embodies the values that Central represents is my grandfather. He spends countless hours making an effort to be a part of his grandchildren’s lives by attending sporting events and hosting very memorable family vacations.”

“As a Central student, be proud, but not arrogant; be grateful, not entitled; and most of all, be happy. Becoming the Men of Faith, Scholarship and Service that you hear so much about is a certain path to true happiness … Soon you will come to know, as many others have, just how much is incorporated in only these three words, ‘We are Central.’” 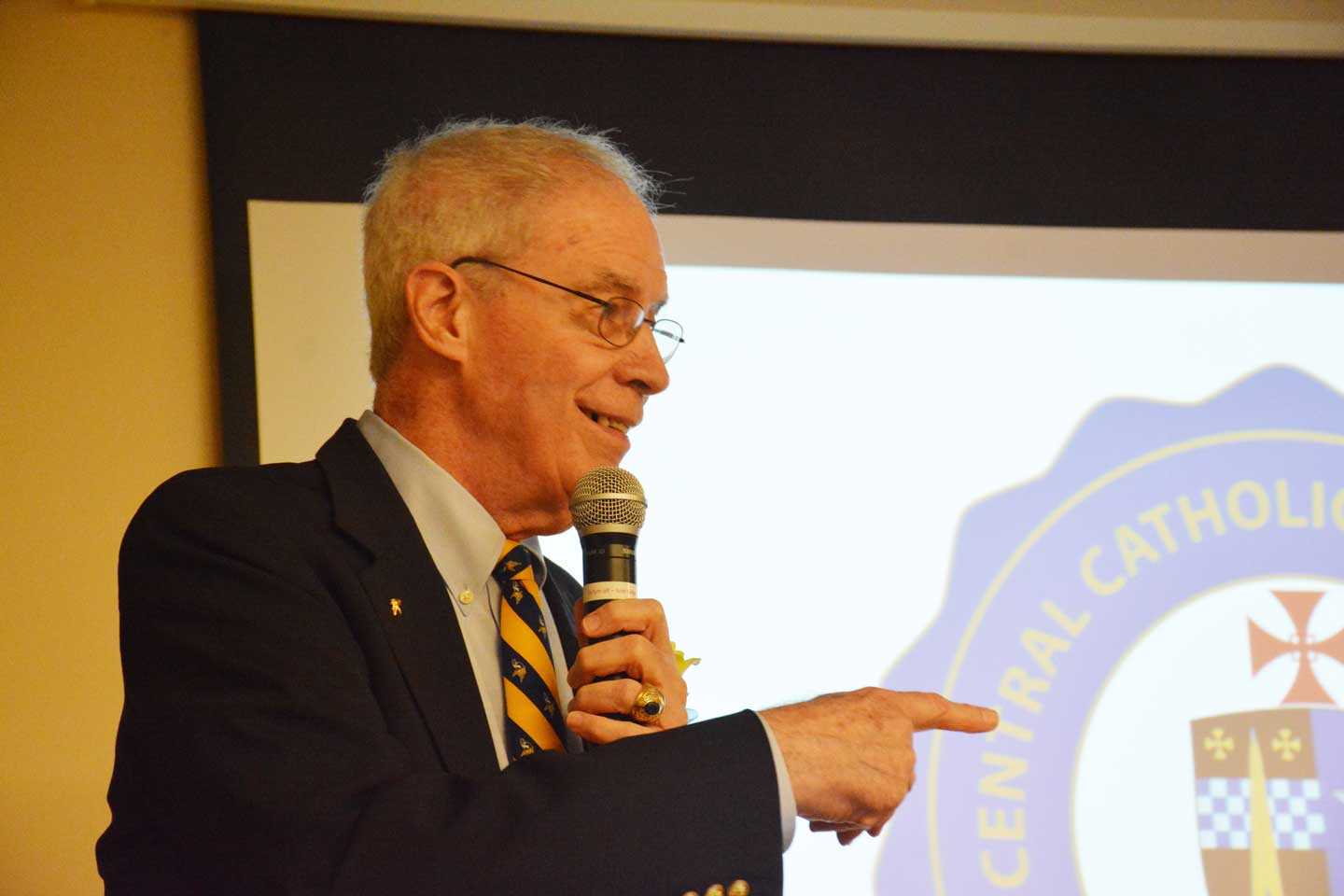 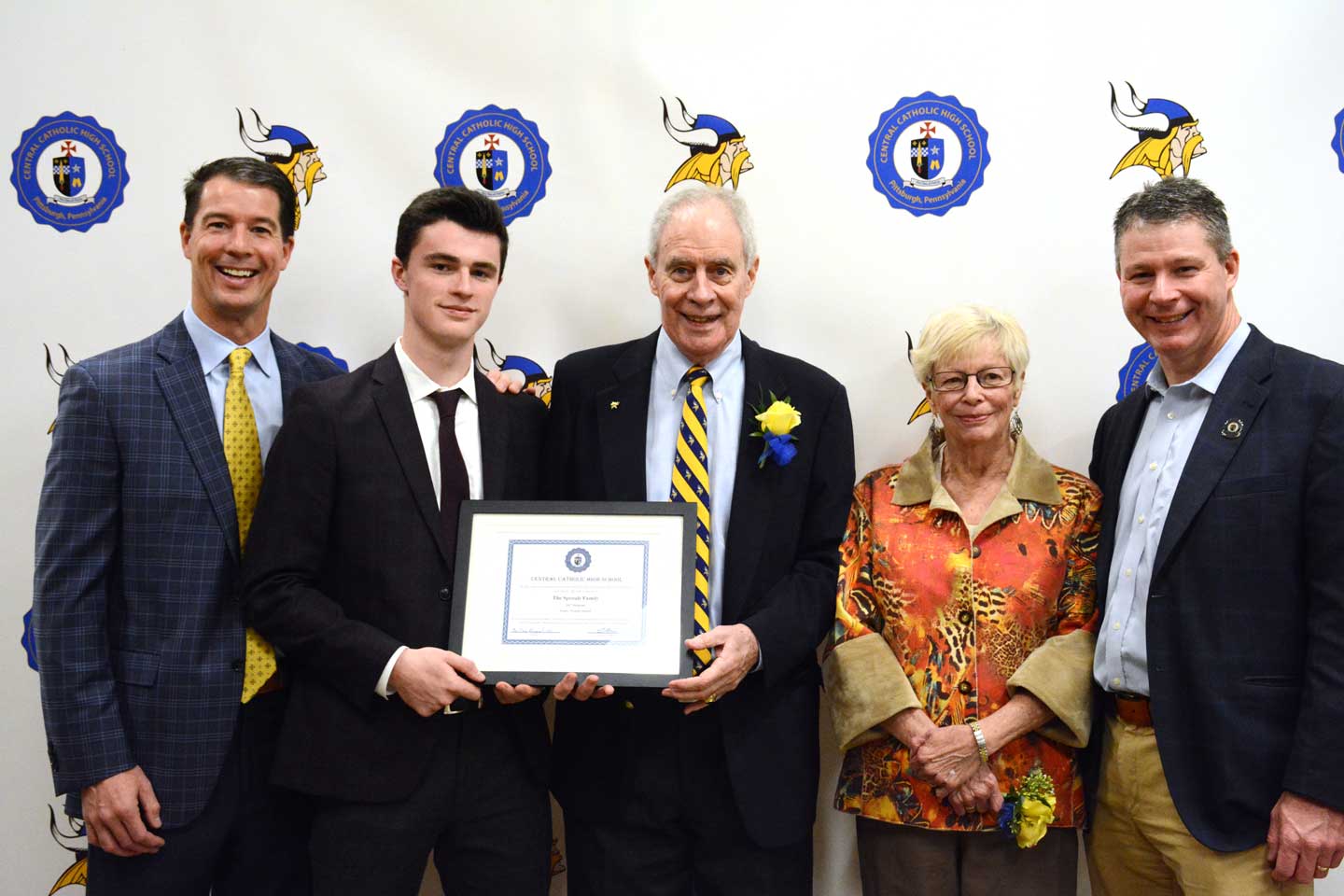