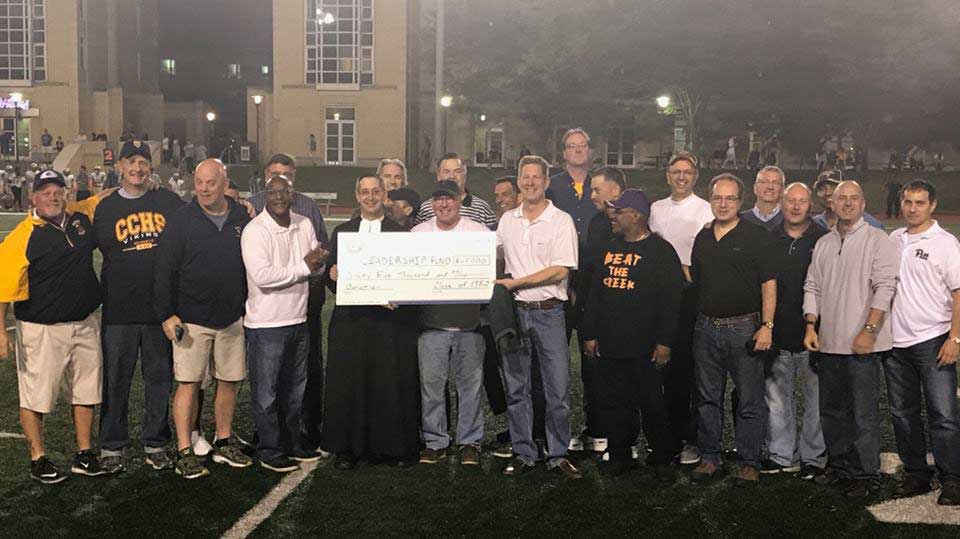 The Class of 1982 presented Brother Tony Baginski, FSC, Principal, with a class gift of $65,000 for the Central Catholic Leadership Fund Sponsored by the Class of ’82. 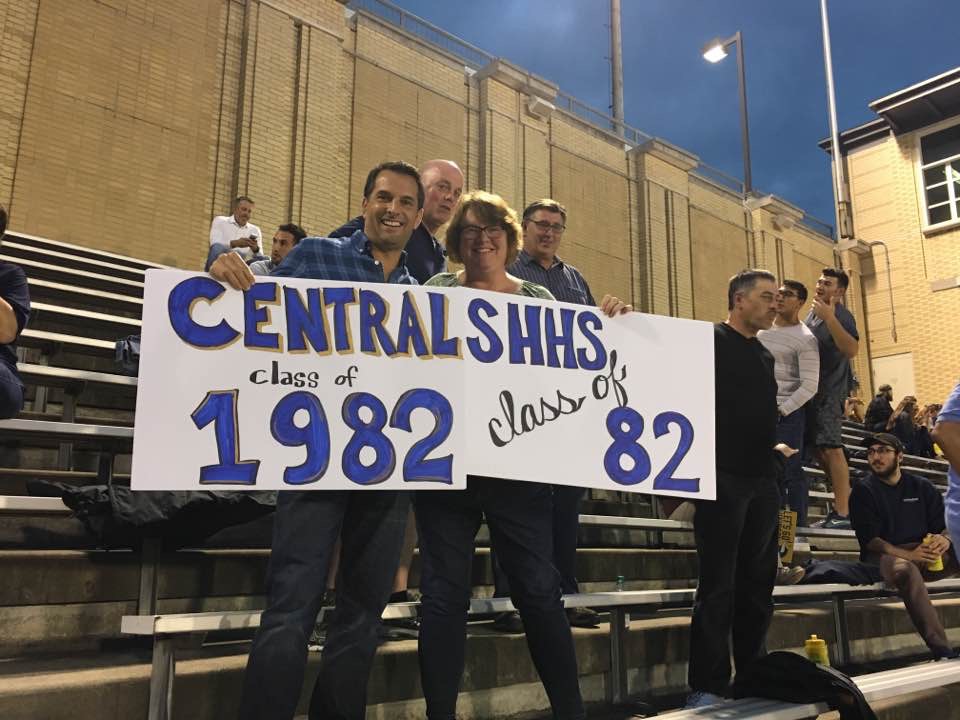 On Friday, Oct. 6, 2017, the Class of 1982 presented Brother Tony Baginski, FSC, Principal, with a class gift of $65,000 during Central Catholic’s home football game vs. Butler, for the newly-created Central Catholic Leadership Fund Sponsored by the Class of ’82. Since the initial check presentation in October, the fund has exceeded $75,000 and the Class of ’82 hopes to continue to grow the fund indefinitely. The purpose of the Leadership Fund is to support and enhance existing and new leadership development initiatives.

“Our goal in fundraising for The Leadership Fund was to ensure that Central Catholic is able to excel in creating the future leaders of tomorrow,” said Barry Hutchison, ’82. “Our class is excited to lead the way and we hope other classes will join us in this important effort.”

In the fall of 2017, Central Catholic introduced the Intro to Leadership elective course to juniors and seniors. This noncredit course, led by Colonel Ian Ferguson (USMC, Ret), is designed to create a greater understanding of what leadership means and how students can develop and apply their own leadership styles. Throughout the course, students explore historical examples of leadership as well as faith-based leadership, morals and ethics. The Intro to Leadership course is also being offered this spring.

“The Intro to Leadership course is an excellent addition to current juniors’ and seniors’ course loads and allows them to start building their own framework for successful leadership and become more aware of their own leadership path,” said Colonel Ian Ferguson, Intro to Leadership teacher. “The response from students so far has been spirited, and I am looking forward to helping tap into the leadership potential of the Central Catholic students, and watching them develop as active leaders.”

Building a Community of Dignity & Respect

In addition to supporting current student programming, the Leadership Fund will make an impact on growing and developing the Dignity & Respect Campaign, new to Central Catholic this school year. Spearheaded by Central Catholic’s Cultural Inclusion Advisers, Maurice Lucas, ’89 and Morris Turner, ’89, the Dignity & Respect Campaign is a program that furthers the development of a community of thoughtful and compassionate individuals - two key components of a Lasallian school. At the heart of the approach is the core belief that everyone wants to be treated with dignity and respect both at Central Catholic and in the broader community.

“The Class of 1982 has shown great insight and commitment to current and future Central Catholic students through developing current leaders in our school and future leaders in our communities,” said Brother Tony Baginski, FSC, Principal. “The support of our alumni is imperative to Central Catholic's continued success, and I am delighted by the support from the Class of 1982 to first develop self-discipline in our students, and then for these students to grow into caring and compassionate leaders.”

On Thursday, Jan. 25, 2018, Central Catholic welcomed Charlie Batch, motivational speaker/leader of the Best of the Batch foundation and former NFL quarterback, to help kick off the Dignity & Respect Campaign.

This summer, select student leaders will be invited to hone their leadership skills at the Outdoor Odyssey Leadership Academy in Boswell, Pa. The Leadership Academy, led by Major General Thom Jones (USMC, Ret), challenges students to work together as a team through a unique wilderness experience, including ropes courses, zip lining and other group activities.

To support the Central Catholic Leadership Fund Sponsored by the Class of ’82, donate online or contact Brandon Haburjak, Director of Alumni Relations at bhaburjak@centralcatholichs.com or 412.208.3488 for more information on ways to give. 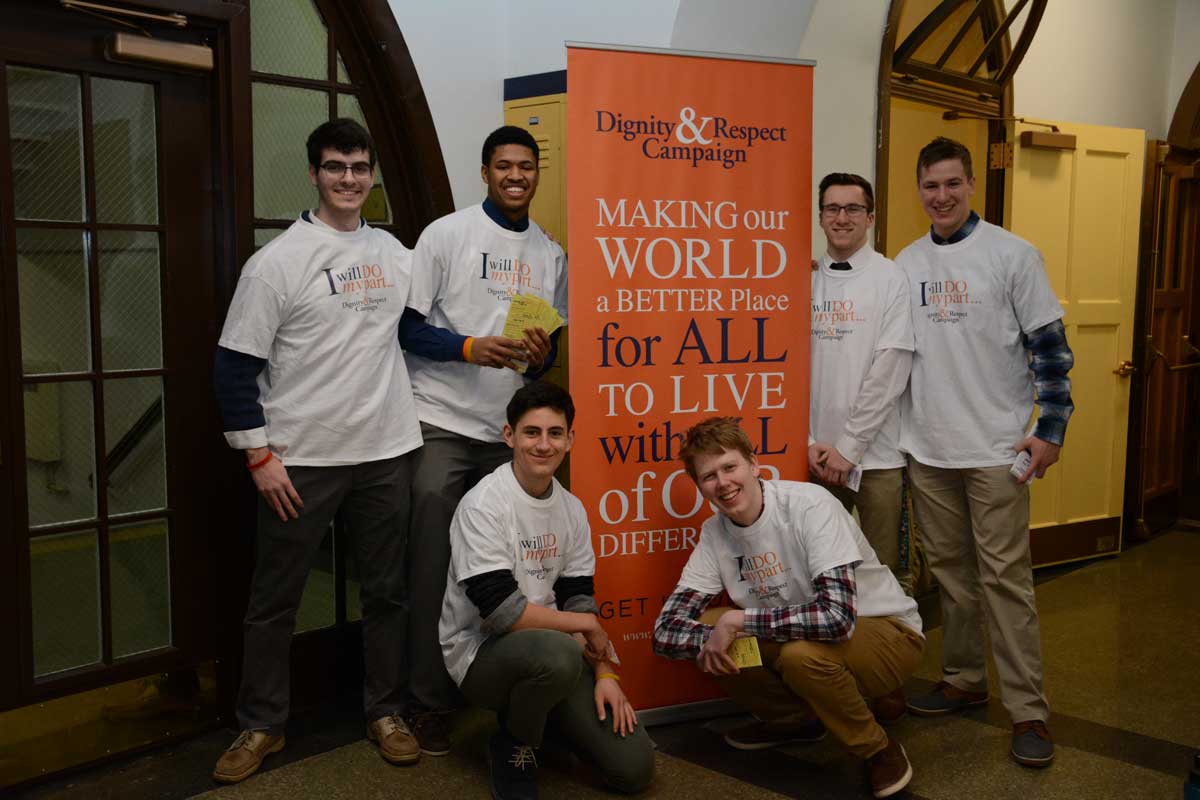 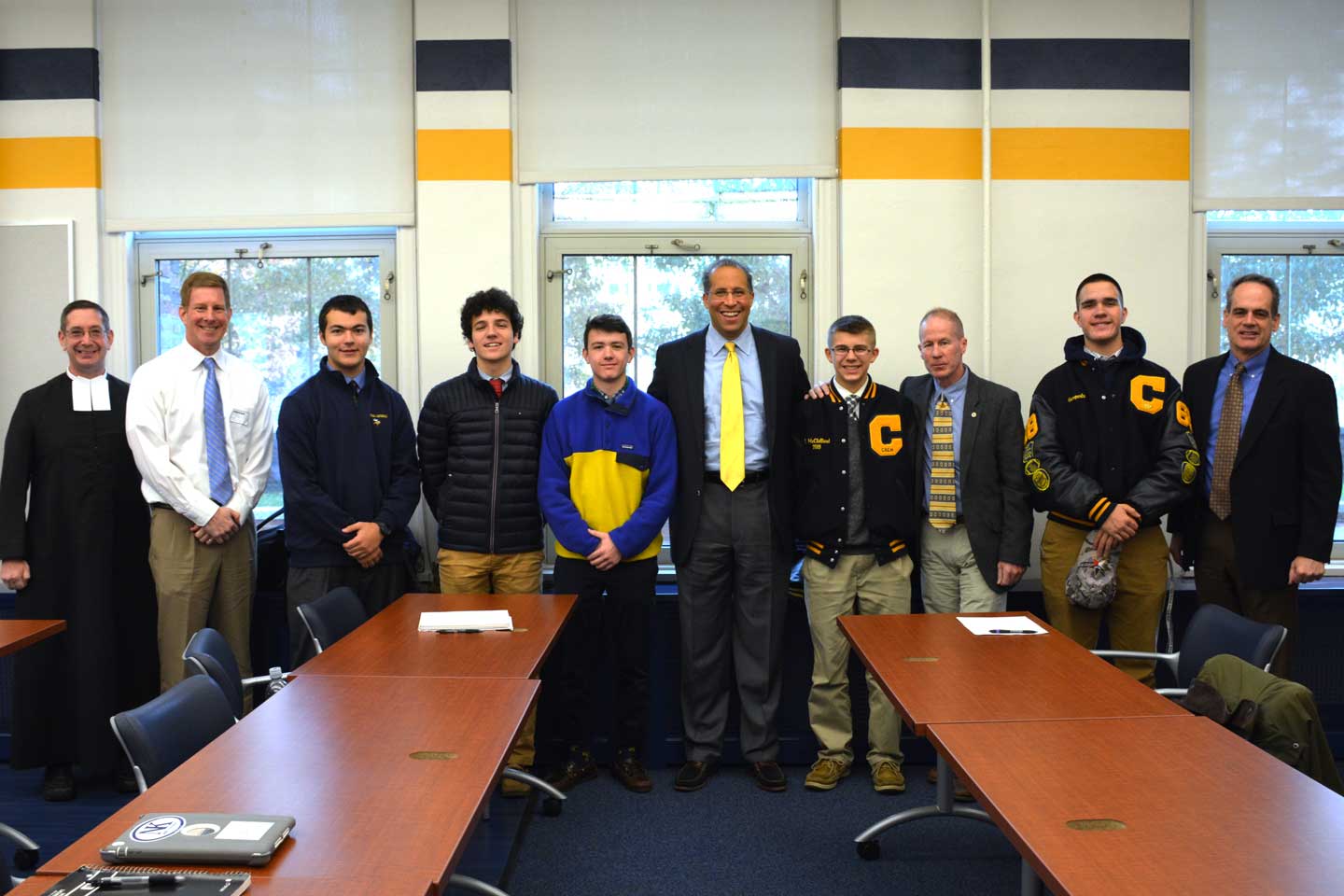 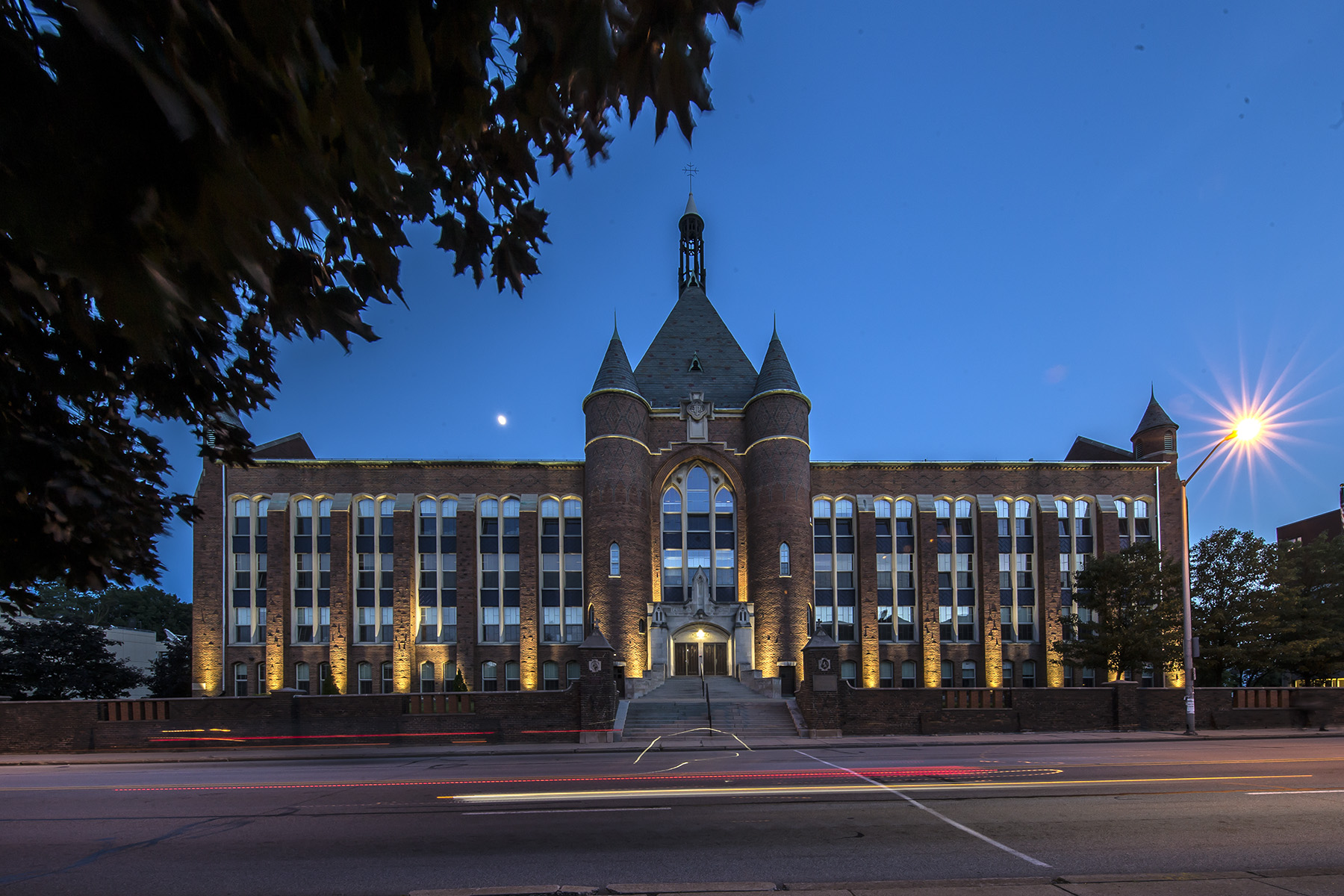